This YouTube Video was uploaded on Oct 10, 2007 by vampiregodezz.

The video starts with Mike "Mad Dog" Mills playing the drums to Rezyn's "Intro" track. The intro leads into "Rot to the Core"

I found an old VHS, which had on it a recording of a live show. Please forgive the quality of the recording. Technology is much better today. This YouTube Video is of Rezyn live at The Boardwalk on April 21, 2000. 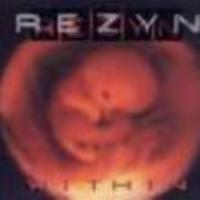 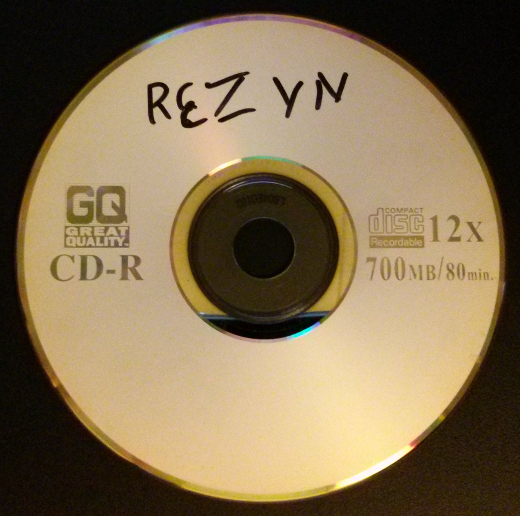 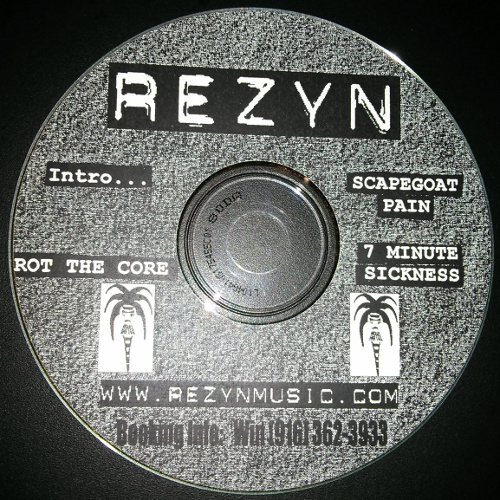 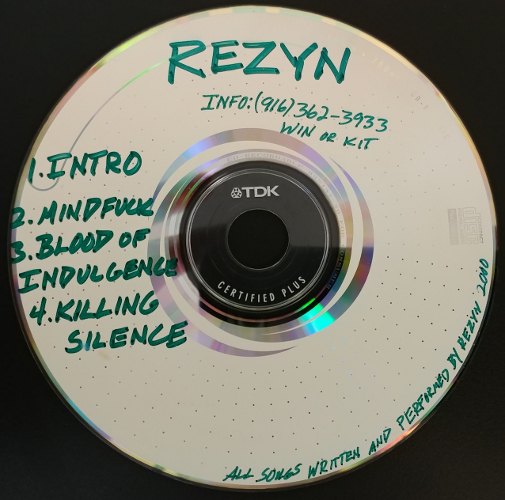 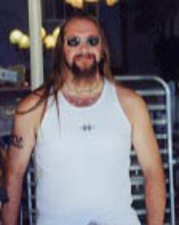 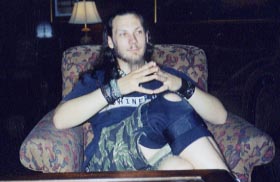 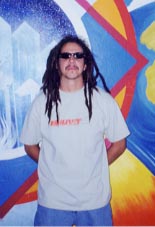 A local Sacramento band who now stands alone in their genre [Tribal Metal] since the break-up of Mahalah, Rezyn [Anthony-vocals/conga drums, Mad Dog-guitars, Kit-bass/backup vocals, and Win-drums/percussion] are four band members that are very misunderstood, unappreciated, and, yes, even despised by many in the downtown music "clique" [felt, even known by the band, it has been so noted on their website, now also in the comments on the inner sleeve of this album].

This writer would like to explore this issue further possibly [in a written editorial from high atop my proverbial "soapbox"], in the interim I will only express that this is once more an example of the hypocrisy so prevalent here on the local music scene. In my humble opinion this is very undeserving, totally disrespectful to the band members themselves, forgetting that they are still musicians/artists and for that alone they warrant respect.

Although they may appear to many locally, and not just to the uneducated eye or minds, as four misfits of society [long dreads, beards that bear the occasional beads, tattooed, and pierced], they are indeed the true essence of what rock-n-roll is all about. They have made their artistic statement both image-wise and musically; they do not care what the general population thinks or says.

If our society remains so shallow, judgmental, and place unwarranted stigmas on bands based solely on appearance, pity the fools who will never experience the true talent that this band possesses, in addition to the multitudes of underground artists today.

This is the first released long length CD by the band; it is a combination of the two previous released EPs that you could obtain at a "live" performance [although some songs have undergone some structural changes], plus previously unreleased fan favorites, along with their newer written material. It is an overall true picture of the band, Rezyn.

Open your mind to the possibilities; listen to the thirteen tracks on this album, and hear the undeniable talent oozing out of your speakers. This album is non-stop, fast, hard-pounding, true heavy metal from the get-go!

Normally I would take each track and comment on it individually. I will not do this, however, with this album. I will give you the overall gist of their sound, and let you the readers form your own unbiased opinion once you genuinely explore the music.

Their musical persona consists of: harsh vocals, with an occasional melodic overtone [Anthony has such an incredible range vocally; yes he can even belt out a ballad as seen on the Pus Cavern"s Christmas CD 2002]; strongly executed heavy metal guitar riffs/melodies; incredibly heavy rumbling, borderline brutal bass chords; and by far, one of Sacramento"s best drummers, that uses double bass, combined with heavily driven sticks to create his unique trance-inducing style with extreme "ghostly" tribal effects intertwined throughout.

Top off their musical persona with an extreme stage presence, exuding an over abundance of male testosterone, you have the makings of an overall awesome show band!

Their fan base is strong; their faithful Rezyn followers adorned in their t-shirts become a blur in the total frenzy taking place in the chaotic mosh pits. One cannot help becoming entranced by the overall performance, the thumping sound, and the primal interjections belted out by both Anthony and Kit. It becomes physically impossible not to find one, head bobbing, or foot stomping right along with the other audience members all a safe distance from the utter madness that is front center stage!

Overall Impression: A totally predictable and incredible recording by the band. In this writer"s opinion another "must have" in your collection of local talent. Note: key word there was Talent!

Note: This post is from the RezynMusic.com before going dark in 2005. This is posted here for historical purposes.

In case you have not yet heard, there have been rumors floating around. Let’s set them straight…The rumors are true, well, sort of. Tony (vocalist) & Rezyn have parted ways, but the remaining members are still together. The band is currently working on some new music with the addition of a second guitarist. The guestbook will remain open to hear what you have to say (comments, suggestions and questions) while the site undergoes reconstruction.

Also, the band is seeking a new vocalist. If there are any aspiring vocalists, feel free to email us at kictren@comcast.net.

Please stay tuned to the Web site for additional info and updates. We have a new Webmaster. The site will now be updated regularly and you can contact him at jbeyenka@msn.com.

Thank you for hangin’ in there with us while we go through our growing pains! 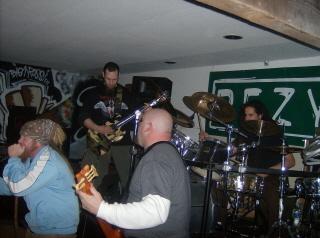 Win can be seen playing with IRRITANT Live @ "ON THE Y"

Kictren "Kit" Henry passed away sometime in the last year. My he rest in peace.

I do not know what Tony is doing now.

I do not know what Mad Dog is doing now.